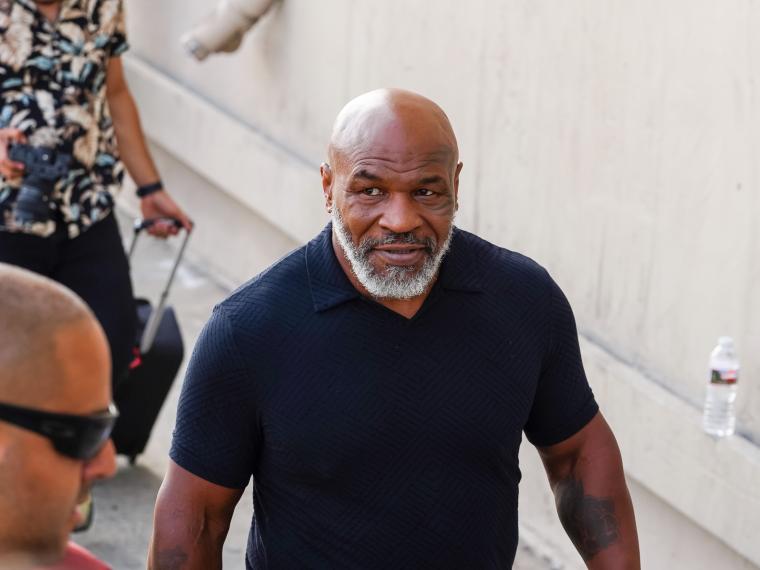 Tyson will be appearing on AEW Rampage. The show will be emulating from inside Atlantic City’s Boardwalk Hall.

“Iron” Mike fought inside Boardwalk Hall when it was called Convention Hall. He took out Larry Holmes in January 1988 and did the same to Michael Spinks later that year to win The Ring heavyweight title.

MORE: All you need to know about WWE Crown Jewel 2022

Why is Mike Tyson at AEW Rampage?

The 56-year-old will be providing commentary for the show. As of now, Tyson will not be getting physical with any of the wrestlers. That could change by the end of the night.

Per PW Insider, the AEW Rampage appearance won’t be the last time we see Tyson in an AEW ring. The report stated that a deal was in place for Tyson to appear a few days ago and that more is expected from Tyson following the recent booking.

A lifelong wrestling fan, Tyson grew up watching the likes of Bruno Sammartino.

“Before boxing, I was a WWF fan," Tyson told ESPN. “It’s like a soap opera for men. That’s what poor, inner-city kids did, we watched these guys wrestle and we fantasized about being them and that glory and that fighting.”

Tyson first appeared for AEW in May 2020, when he presented the TNT Title to Cody Rhodes after beating Lance Archer at Double or Nothing. A few days later, Tyson (along with MMA stars Henry Cejudo, Rashad Evans, and Vitor Belfort) confronted Chris Jericho and The Inner Circle. Original plans had Tyson and Jericho face off at some point in AEW, but nothing came to fruition.

Tyson wouldn’t appear on AEW again until 2021 when he helped Jericho against The Pinnacle. In April 2021, he was the special guest enforcer for a match between Jericho and Dax Harwood.

Before that, Tyson was famously the guest referee for the WrestleMania XIV match between Shawn Michaels and “Stone Cold” Steve Austin. He brawled with Austin on an episode of Monday Night RAW and then turned on Michaels at WrestleMania by knocking him out. A WWE Hall of Famer, Tyson had one match with the company: teaming with Jericho in 2010 against Triple H and Shawn Michaels.