Where does Manny Pacquiao go from here? If it's back to boxing, there's one path he can take

Where does Manny Pacquiao go from here? If it's back to boxing, there's one path he can take 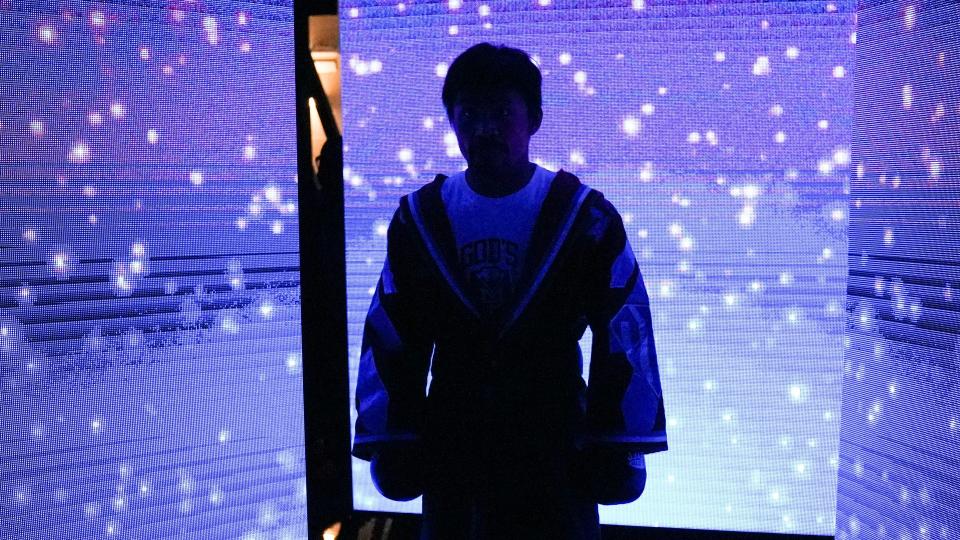 LAS VEGAS — When the final bell rang, Manny Pacquiao knew it. The 17,438 fans at T-Mobile Arena knew it. The thousands watching at home knew it.

But we all needed to hear it just to be sure.

It wasn’t the fight Pacquiao expected to give his fans but there was little he could do to overcome a height and reach disadvantage against the Cuban, who stepped in on short notice after Errol Spence Jr. suffered a detached retina 11 days before the fight. The bout was still competitive and Pacquiao absolutely gave it his all as he barreled forward and threw punches in bunches when he could. But he just couldn’t get out of the way of Ugas' stellar jab and a sweeping right hook that seemed to have little issue finding its target.

MORE: Manny Pacquiao is the last of a dying breed

In some ways, maybe this was the best outcome. Before Ugas was announced as his opponent, Pacquiao was a significant underdog against Spence, who would have had a bigger height and reach advantage along with being recognized as one of the top five pound-for-pound fighters in the world. It’s possible the result would have been much more devastating, because Spence is considered to be stronger and a better fighter than Ugas. The opponent change possibly allowed Pacquiao to go out with his senses intact and not be brutally bludgeoned.

“In the future, you may not see Manny Pacquiao in the ring,” a dejected Pacquiao said in the ring after the loss. “I don’t know. Let me rest first relax and make a decision if I’ll continue to fight or not.”

Although he wouldn’t commit while the wound was still fresh, Pacquiao did offer insight into his future at the postfight news conference.

“When our lives are finished inside this world, we can take nothing,” he said. “In this sport, this is my passion, this is why I’m still here fighting at the age of 42. I’m enjoying it, but sometimes you have to think about the life span of your body.”

He couldn’t escape the urge to keep fighting, but the sport of boxing isn’t always kind to the elderly. Pacquiao looked phenomenal against Keith Thurman in his previous outing, but being unable to compete for more than two years has a different effect on a body that’s in its 40s instead of its 20s. And Ugas was the worst possible opponent for Pacquiao.

Ugas is a fantastic fighter but he’s a virtual unknown outside boxing circles. Those within the sport, however, knew he could present a huge problem for Pacquiao with his skill set. Given Pacquiao’s schedule as a politician and his willingness to fight anyone with two legs and two arms, he had to take this fight. He wanted to give his fans and countrymen a great fight and he couldn’t afford to squander a full training camp.

Ugas came in and spoiled the party. Perhaps of greater importance, he exposed Pacquiao’s age while reminding us that Pacquiao hasn’t had tremendous success at 147 pounds.

He’s 13-5 with three knockouts at the weight. Those five losses account for more than half his career losses in 72 fights. His knockout rate in the division is the lowest among the weight classes in which he has fought, outside of his one fight at 154 pounds against Antonio Margarito.

Do you sense a theme here?

Maybe Pacquiao is finally showing his age. Or maybe he is just competing in the wrong weight class.

Pacquiao has to make some decisions about his boxing career and his likely presidential campaign. Should he decide to continue fighting, perhaps a move back to 140 pounds is the way to go.

This may have less to do with age and more with size. Pacquiao’s pursuit of the toughest challenges available is likely the reason he continues to try to scale this welterweight wall. It has presented him with a Rubik’s Cube that he has yet to solve consistently. The mere suggestion that he leave the division could be offensive to a fighter who has spent a career defying the odds.

But there’s a thing called reality, and when it sets in, tough decisions need to be made. Should Pacquiao decide to continue his boxing career, he should do so at 140 and not try to use his talent to overcome physical deficiencies at 147. He has had one fight at 140, his second-round decimation of Ricky Hatton in 2009. His frame is more suited for that weight and there are plenty of challenges in the class that would be a feather in his already crowded cap.

There is undisputed champion Josh Taylor and the likes of Gervonta Davis, Regis Prograis and Jose Ramirez. There’s an obvious fight with Mikey Garcia that could take place as early as January should he want it. There’s also the possibility a fighter will move up from the ultra-hot 135-pound division where Teofimo Lopez, Devin Haney and Ryan Garcia reside. Pacquiao may not want to skew younger if he tries to come back, but who is going to say no to Garcia vs. Pacquiao? If he’s not being dwarfed by his opponent, he can still beat anyone. Ugas simply had too much size to go with the skills that neutralized Pacquiao. That’s not necessarily the case for the 135- and 140-pound divisions.

Ego and pride are fascinating things. They aren’t noticed until either is damaged. When they are, there’s a nagging feeling that they need to be put back together. As happy as Pacquiao appears, going out with a loss will gnaw at him. The wound is still fresh, so he’ll need to take time to consider his options rather than make a hasty decision just because media and fans demand it. Pacquiao is a fighter first and his natural instinct will be to continue his boxing career in pursuit of the best possible opponent. Father Time is undefeated, however, and that will need to be taken into consideration. And with being a politician ever looming, he may have to finally decide to leave the sport for good.

But if time allows, there’s a path for him to continue boxing — as long as he is willing to accept that maybe the biggest challenges aren’t always the best ones.