What is the highest ODI cricket score of all time? Jos Buttler inspires England to record total against the Netherlands

What is the highest ODI cricket score of all time? Jos Buttler inspires England to record total against the Netherlands 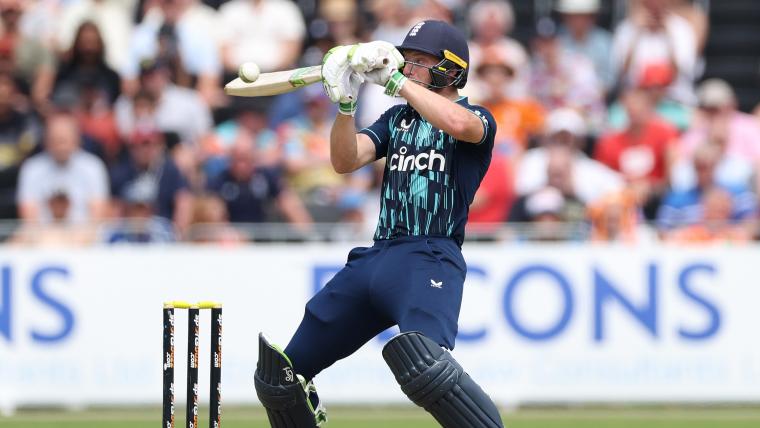 England put the Netherlands attack to the sword as they smashed a remarkable 498/4 in the first one-day international in Amstelveen.

Seelaar’s opposite number Eoin Morgan missed out as he was dismissed for a first-ball duck and opener Jason Roy made one, bowled by his cousin Shane Snater.

But the three centurions filled their boots, as did Liam Livingstone with a quickfire 50, amounting to a highly satisfactory start for England’s new limited-overs head coach Matthew Mott.

After they dismissed the Netherlands for 266 to win the first game of the three-match series by 232 runs, we look at where the reigning world champions' efforts rank in ODI history.

What is the highest ODI cricket score of all time?

Buttler, Malan, Salt and Livingstone propelled England to a new best mark of 498/4, beating their previous record of 481/4 against Australia at Trent Bridge in 2018. Jonny Bairstow reached three figures on that occasion and he again showed his fondness for the Nottingham venue this week when he thrillingly put New Zealand to the sword in the second Test.

It is a sign of England’s transformation into a dynamic, boundary-pushing (pun slightly intended) side since the debacle of their 2015 World Cup campaign that they occupy the three top positions on the all-time list.

Friday was not the first time that Amstelveen’s VRA Cricket Ground has witnessed such merciless punishment. Sri Lanka’s 443/9 against the Netherlands in July 2006 stood as the ODI record for a decade before England’s bold new era.


How many England centuries has Phil Salt scored?

The late fireworks from Buttler and Livingstone’s unbroken fifth-wicket partnership of 91 off just 32 balls stole the attention, but the duo’s Lancashire colleague Salt laid the foundations.

The right-handed batter brought up his first international century off 82 deliveries and played beautifully, although he offered a chance on 40 when Snater dropped him off Bas de Leede.

It certainly proved a costly error. In his three previous ODIs, all against Pakistan last year, Salt had a highest score of 60. He more than doubled that against the Dutch, with 122 off 93 deliveries before top-edging Logan van Beek to point, having hit 14 fours and three sixes.

How many England players have scored centuries in all three international formats?

Malan might have lost his place in the England Test team in the aftermath of their Ashes thrashing, but the man once ranked as the world’s number one batter in T20Is certainly looked determined to make his mark in the 50-over discipline.

His 125 off 109 deliveries looked positively glacial compared to what was going on around him, but Malan became only the second English player to reach three figures in Tests, ODIs and T20Is.

When Salt was out, the other man to achieve the feat joined Malan at the crease. Then things got really silly.

What is Jos Buttler’s fastest ever century? Which country has the most sixes in an ODI innings?

Fresh from blasting a stupendous four centuries in this year’s IPL for the Rajasthan Royals, Buttler gave a blistering demonstration of precisely why he is the most dangerous player on the planet in the shorter formats.

Quite simply, there was nowhere adequate for the Dutch attack to bowl to Buttler and no side of the ground big enough as he hit 162 not out off 70 balls, featuring seven fours and 14 sixes.

The second fastest century in the history of ODI cricket for England! 🤯⚡ pic.twitter.com/HBPOdNvYXr

Buttler got to 150 in 65 balls, one shy of AB de Villiers' 64-ball record. The South African great was also given a close shave by Livingstone, whose wanton destruction late on brought up a 17-ball half-century, one more than De Villiers' 16-delivery record.

Livingstone ended on 66 not out off 22 balls, pumping Snater for four and six off the final two deliveries of the innings. It meant England finished just short of a landmark 500 but Livingstone’s final maximum established a new ODI team record of 26 sixes in an innings.

47 - @josbuttler has hit the 2nd fastest men's ODI 💯for @englandcricket, he now has the top 3 fastest 100s for England. Served. pic.twitter.com/FDAtLpov7l

Why were the Netherlands missing key players against England?

Much has been made of this series' unusual placement, meaning members of the England Test team such as Bairstow, Joe Root and captain Ben Stokes are unavailable to play as they prepare to conclude their series against New Zealand at Headingley next week.

Under the ICC’s “mandatory release” protocols, the Netherlands could force those players to be released by their counties. However, there is a risk that this could jeopardise the prospects of their players getting future contracts to play at a high level and develop their skills.

“It is frustrating, but you kind of get to live with it,” Seelaar said at his pre-match news conference. “We play cricket on a semi-pro basis, rather than a professional basis, whereas the guys who play in England, it’s their livelihood.”

Left-arm seamer Klaassen is set to join up with the Dutch squad ahead of the third ODI after playing in the Blast for Kent.