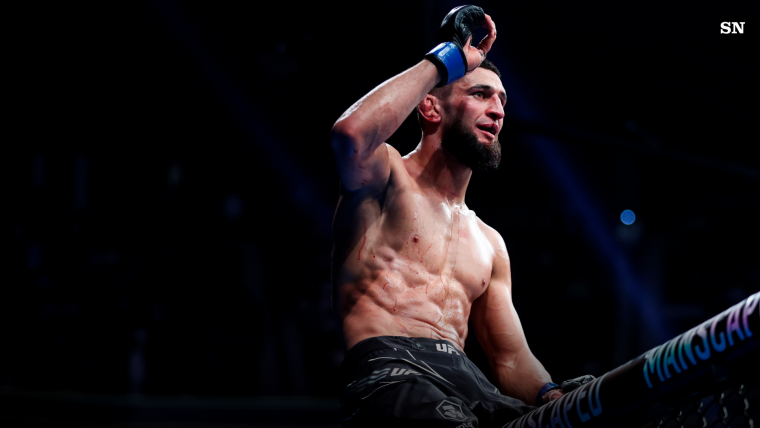 The grueling process of cutting weight for a UFC fight has been well-documented. Often, fighters are able to hit their contracted weight and the fight goes off without a hitch.

But there are also instances — such as before Saturday’s UFC 279 — where fighters miss weight and the UFC has to decide whether the fight will continue, if a replacement needs to be found and how to punish the fighter who was unable to make weight.

The Sporting News explains the process:

What does it mean to miss weight?

Missing weight is when a fighter weighs in more than the contracted weight limit for the specified weight class in which they compete.

What are the UFC’s weight limits, by division?

A full breakdown of the UFC’s weight limits, by division:


Why is missing weight a big deal?

Although missing weight by a half a pound doesn’t sound significant, it really is. The process of weight cutting is challenging: many fighters have to shed 20 or more pounds the week of the fight to make the contracted weight.

After a fighter makes weight, they can hydrate after all the cutting. Some fighters gain back between 15 and 25 pounds over a 24-hour period. The more difficult the weight cut, the more difficult it becomes to put a significant amount of weight back on. This can lead to a significant disadvantage: the fighter who misses weight is bigger and stronger and has more energy due to not having to fully cut down to the weight limit. Most fighters will say that the most difficult part about cutting weight is the last three to five pounds.

Because of this, every pound counts. Even half a pound can give a fighter a distinct advantage.

What happens when a fighter misses weight?

When a UFC fighter misses weight during the morning weigh-in window the day before the fight, the state athletic commission can give them another hour or two to make the weight. If they are not able to hit the mark on a second attempt, the UFC will ask their opponent if they are willing to accept the fight at a “catchweight.” Simply put, a “catchweight” is a weight limit negotiated and agreed upon by both fighters.

However, the fighter who missed weight will have to forfeit around 20 percent to 30 percent of their fight purse — depending on how badly they missed weight — to their opponent.

Typically, missing weight also comes with the consequence of the offender being ineligible for post-fight bonuses, which can be up to $50,000.

What happens when a fighter misses weight in a UFC title fight?

If the individual who misses weight also happens to be a UFC champion, that fighter is forced to vacate the belt. Their opponent is the only one who can win the world title. If the fighter who missed weight wins, the title will remain vacant.

For example, Charles Oliveira was scheduled to defend his UFC lightweight championship against Justin Gaethje at UFC 274. Oliveira missed weight and was forced to vacate the title, meaning that only Gaethje could win the lightweight title. Oliveira won the fight but the title remained vacant due to Oliveira missing weight.

What happens if the opponent does not agree to the catchweight?

There are times when the fighter who made weight will not agree to face an overweight opponent. The UFC then has two options:

This is challenging for a number of reasons. The UFC would have to find an opponent who is willing to compete and make weight in a day. Considering that the new fighter did not have a full fight camp dedicated specifically to the opponent, it’s a massive risk. There are instances where a fighter can be pulled from another fight on the card and serve as a replacement. It’s rare and only happens in situations where the fighter who misses weight is in one of the marquee fights on the card.

In title fights, the UFC often has a fighter weigh in as a backup just in case one of the fighters is unable to compete due to missing weight.