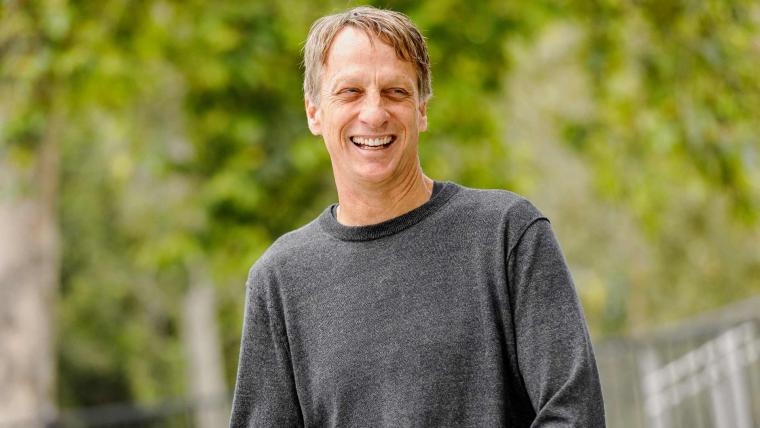 Despite Tony Hawk being one of the most influential athletes in skateboarding, some people still don’t recognize him in public.

Hawk, 53, who is also known as Birdman, shared an exchange on Twitter with an employee at a coffee shop he visited Friday morning. The tweet adds to Hawk’s collection of brief conversations with people who mistake his identity in public.

At coffee shop this morning:
Girl behind counter: (not joking) “has anyone told you that you look like Tony Hawk?”
Me: yes, so much that I sometimes write about it.
Her: haha, here’s your coffee
Other girl by exit: (leans toward me as I walk out): “you really do look like him”

His encounter at the coffee shop is just the late time that he’s gone unrecognized. He has shared several occasions in which people told him, “You look like Tony Hawk!” before realizing that he’s not a doppelganger. Hawk continues to share the humorous interactions in an attempt to make fun of his often-mistaken identity.

At store, wandering aisles, employee approaches.
him: “Can I help you?”
me: I’m looking for lightbulbs
him: “They’re in this aisle. Hey you look like Tony Hawk!”
me: I’ve heard that
him: “That’s CRAZY”
(get lightbulbs)
him: “Wait, are you Tony Hawk?”
me: yes
him: “That’s CRAZIER”

Not long before his exchange with the coffee shop employee, Hawk shared a wholesome interaction with someone who recognized him while visiting a skate park. On Oct. 17, he tweeted a dialogue he had with a kid who just wanted to take his picture.

Although he retired from his 16-year pro skateboarding career in 2003, Hawk is still known as one of the most influential athletes in the sport. He most famously became the first professional skater to land the 900 at the 1999 X Games.

Since retiring, he’s appeared in several films and TV shows and occasionally demonstrates some of his old tricks at local skate parks. After his achievement in 1999, Hawk launched his own production company, 900 Films. He also owns his own skateboard company, Birdhouse, and teamed up with Activision to re-launch his own video game in 2020.

Hawk is also known for being extra communicative with his fans. He consistently engages with people who approach him in public, even if they don’t recognize him immediately. After an interaction with an angry RV driver in July 2020, Hawk was approached at a stop and added the details of the strange encounter.

Hawk, whose net worth is around $140 million, says it’s not unusual for him to encounter people who don’t recognize him in his daily life. However, he has shared some of his most memorable encounters on social media in recent years. In 2019, he tweeted a screenshot of texts with an auto service captioned, “my life is a meme.”

A conversation with auto service:
my life as a meme pic.twitter.com/0QbZfKQIvE

He also notably shared his experience at a ticket counter in August 2019. The ticket agent reportedly claimed to recognize Hawk, but exclaimed an incorrect name as they read out his ticket.

Approaching ticket counter, agent looks up and exclaims “I know you... you’re a famous... person... or sports guy... skateboarder! And your name is...” (glances at my ticket)
“Anthony Hawkins!”
me: close enough
her: my son would love a picture with you
me: Is he here?
her: no