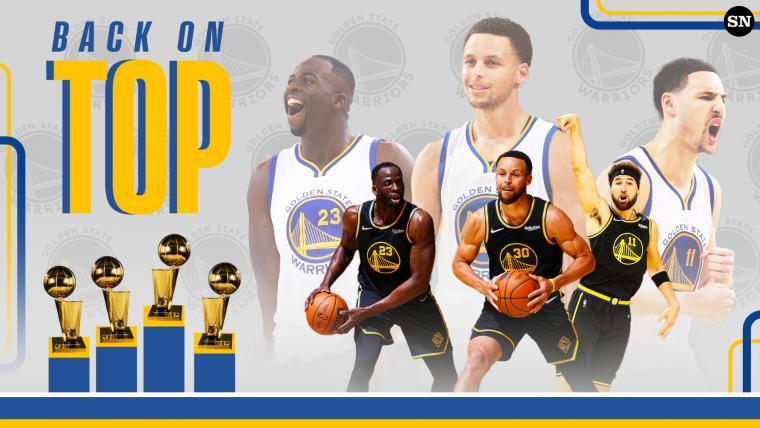 With their fourth title and sixth NBA Finals appearance in the last eight years, there is no doubting that this Warriors team has officially cemented itself as a dynasty.

Their win over a great Celtics team was truly impressive. Boston entered with the NBA’s top-ranked defense and finished with the best scoring margin in NBA history by any team over the final 30 games of the season. The Celtics dispatched Kevin Durant, Giannis Antetokounmpo and Jimmy Butler — they were the real deal.

Now that we’ve dedicated two paragraphs to basking in their win, it’s time to examine how long they can keep this up for.

What kind of dropoff to expect from Stephen Curry, Klay Thompson and Draymond Green

Curry is 34 years old. Green and Thompson are both 32. And Andre Iguodala, the forgotten member that has also been on every Finals team, is 38. Father Time is undefeated. Eventually, that core won’t be able to carry the team to the Finals.

Many people (myself included) believe DARKO to be the best public predictive NBA model. It offers some insight into how much longer we can expect those three to keep on playing. They should have another three to five years of solid NBA productivity left.

Those three will also stay on the Warriors' roster for at least another two years, barring a major trade.

Curry is signed for another four years and his salary will peak at $59.6 million during the 2025-26 season. Thompson has another two years and $84 million left on his deal. And Green will almost certainly exercise his player option in 2023-24, earning $53 million over the next two years.

How effective will those three be? FiveThirtyEight’s RAPTOR predicts what their decline will look like, using the RAPTOR Wins Above Replacement metric.

Curry still projects to be very good next season. His 10.2 WAR should have him hovering around the top 10 players in the league. On the heels of a title and Finals MVP, it won’t be a surprise if he makes First Team All-NBA. But by Year 4, his decline is estimated to bring him down to the top-70 range, near teammate Otto Porter Jr. in RAPTOR’s system.

These projections certainly aren’t bulletproof. RAPTOR isn’t my favorite model, and personally, I am way higher on all three of those players. I have Curry as a top-five player and the Warriors as the favorite to make it out of the Western Conference again. But the numbers give a ballpark of what kind of decline to expect. Ultimately, it’s a matter of when, not if.

It also doesn’t take rigorous statistical analysis to figure out that most players outside of LeBron James and a few other very rare exceptions start to fall off rapidly in their mid-to-late 30s. The same will probably be true for Curry, Thompson and Green, particularly given how many postseason minutes each has accrued. 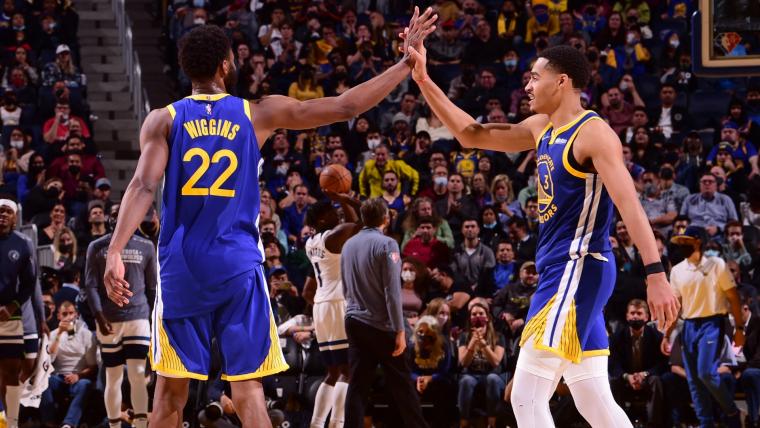 What kind of internal improvements to expect from young Warriors players

It’s not all doom and decay for the Warriors going forward.

Andrew Wiggins is still right in his prime at 27 and signed on for next year. They also have four players at age 23-or-under in Jordan Poole, Jonathan Kuminga, James Wiseman and Moses Moody. Those players should continue to improve or be useful trade chips if the Warriors do decide to add more high-end veteran help.

Free agency can add some help at the margins, but it will be impossible to add any big contracts barring a major trade because of salary cap rules.

What can Warriors realistically do with roster?

The Warriors have only eight players under guaranteed contracts next season. That list includes Curry, Thompson, Green, Wiggins, Wiseman, Kuminga, Poole and Moody. Let’s assume they will add at least one more player in the draft. That leaves six roster spots to fill.

Finding players to fill those remaining spots is going to be a challenge. The Warriors footed an enormous $170 million bill in tax payments in 2022. That’s in addition to the money they spent on their roster. Add it all up, and this season’s team cost nearly $350 million.

The Warriors are going to have to pay another crazy tax bill again next season. How much can owner Joe Lacob stomach?

Because of the way the NBA’s salary cap works, penalties for going into the tax grow more punitive as teams go farther into it. The Warriors are even more dinged because they are a repeat offender. As an example, each additional dollar into the tax past the $20 million mark will cost them $4.75 in tax payments.

The math is boring, but what it means is that paying decent role players like Porter, Kevon Looney, or Gary Payton II to come back will cost many times more than the actual salary they earn.

The Warriors will have to make hard decisions on Payton, Iguodala, Looney, Porter, Juan Toscano-Anderson, Nemanja Bjelica and Damion Lee. If they choose not to bring those players back, then their options are even more limited in how to replace them. They will only be able to add minimum contracts and have a small salary available to dole out via the taxpayer mid-level exception.

Free agency isn’t going to be enough to counteract the decline in aging from Curry, Thompson and Green over the next few years. To keep the dynasty going, they will either have to rely on improvement from Wiseman, Kuminga, Moody and Poole that outpaces that decay or find ways to get better via the trade market.