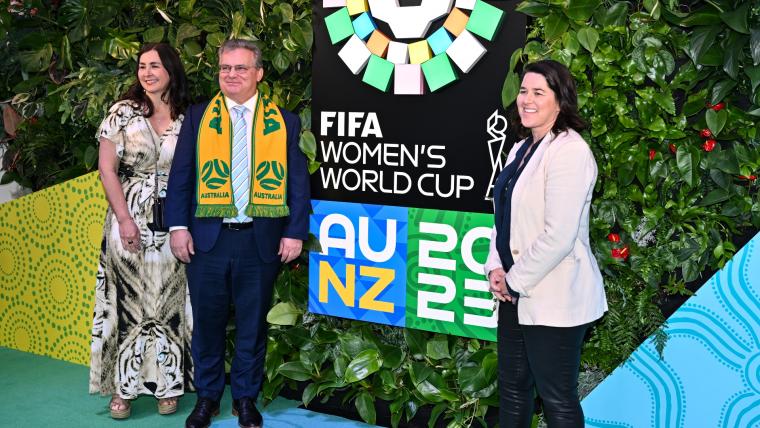 Women’s World Cup 2023 in Australia and New Zealand is set to break attendance records with fans snapping up tickets in unprecedented numbers.

FIFA have revealed in the opening month of ticket sales for next year’s event that more tickets have been sold than in the first four months of sales for the 2019 edition in France.

There is already low availability of tickets for several matches including the Matildas' matches against Republic of Ireland and Canada, while other group games involving the likes of USA, Canada and Germany are also nearly sold out.

The final and three round-of-16 matches are also nearing their ticket limits.

Even if tickets are exhausted for any matches during the current phase, there will be a ‘last minute’ sales phase in April next year which will give fans a final opportunity to snap up seats.

“So far fans from exactly 100 different countries of residence have secured passes for this once-in-a-lifetime event, highlighting the passion and excitement that exists around the world for next year’s FIFA Women’s World Cup,” FIFA secretary general Fatma Samoura said.

“We’re witnessing strong demand for many fixtures, so I urge everyone to get in quickly during this new sales phase. Join us in making history in Australia and Aotearoa New Zealand by adding to the crowd, culture, and colour of the biggest FIFA Women’s World Cup ever.”

When are tickets for the 2023 Women’s World Cup on sale?

The first sales phase for the 2023 Women’s World Cup opens on October 6 at 12:00pm (AEDT) with only multi-match packages available for purchase.

For the first week, this window is only open for Visa cardholders before it opens to everyone on October 13.

The first sales phase will close on October 21 prior to the group stage draw being held.

A second sales phase will then open in October 25 for Visa cardholders, November 2 for all other cardholders, and run until March 3. Single match tickets will be made available during this phase.

A final sales phase will then begin on April 11 and remain open until the end of the tournament or until all tickets are sold out.

How much are tickets for the 2023 Women’s World Cup?

While prices for individual match tickets are yet to be confirmed, the cost of multi-match passes has been revealed.

An Australian home team pass, which covers the Matildas' three group games, starts from $35 for children and $70 for adults with category one adult passes topping out at $200.

Passes for all games at specific stadiums will also be available in the first phase of ticket sales.

A Sydney Football Stadium pass includes seven matches, the most of any venue, with prices starting from $80 for kids and $160 for adults.

All prices will be charged in Australian Dollars (AUD) regardless of where fans are based.

How do prices compare to 2022 World Cup in Qatar?

Ticket prices for that tournament vary greatly but a category three admission pass for a group stage match costs around $65. While a ticket in the same category for the final is priced at $600.

The 2023 Women’s World Cup will be considerably more affordable with current multi-match passes for the tournament offering greater value.

Authorised tickets for the 2023 Women’s World Cup can only be purchashed via the FIFA ticketing portal.

To buy tickets for the event, fans must first create their own FIFA ticketing account which requires specific information to complete.

Tickets during both the first and second phase will also be made available earlier for Visa cardholders.