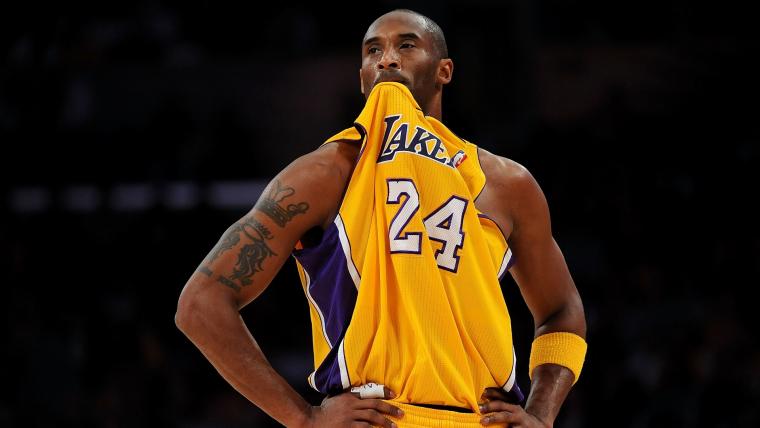 In remembering more than just Kobe Bryant’s legacy as a basketball player on the two-year anniversary of his passing, take a look at some of the more memorable quotes from the mind and voice of an all-time great.

On being afraid to fail:

“If you’re afraid to fail, then you’re probably going to fail.”

On pushing past mental and physical road blocks:

“I have self-doubt. I have insecurity. I have fear of failure. I have nights when I show up at the arena and I’m like, ‘My back hurts, my feet hurt, my knees hurt. I don’t have it. I just want to chill.’ We all have self-doubt. You don’t deny it, but you also don’t capitulate to it. You embrace it.”

On making sacrifices to be great:

“There’s a choice that we have to make as people, as individuals. If you want to be great at something, there’s a choice you have to make. We all can be masters at our craft, but you have to make a choice. What I mean by that is, there are inherent sacrifices that come along with that. Family time, hanging out with friends, being a great friend, being a great son, nephew, whatever the case may be. There are sacrifices that come along with making that decision."

“Learn to love the hate. Embrace it. Enjoy it. You earned it. Everyone is entitled to their own opinion and everyone should have one about you. Haters are a good problem to have. Nobody hates the good ones. They hate the great ones.”

To Jay Williams asking about his work ethic after a regular season game between the Bulls and Lakers:

“I saw you come in and I wanted you to know that it doesn’t matter how hard you work, that I’m willing to work harder than you.”

On realizing he was different than other NBA players:

“I never looked at [basketball] as work. I didn’t realize it was work until my first year in the NBA. When I came around, I was surrounded by other professionals and I thought basketball was going to be everything to them and it wasn’t. And I was like, ‘This is different.’ I thought everybody was so obsessive about the game like me. It was like, no? Oh, that’s hard work. I get it now.”

On comparisons to Michael Jordan:

“Winning takes precedence over all. There’s no gray area. No almosts.”

On the difference between losers and winners:

On being a leader:

“Leadership is lonely … I’m not going to be afraid of confrontation to get us to where we need to go. There’s a big misconception where people thinking winning or success comes from everybody putting their arms around each other and singing kumbaya and patting them on the back when they mess up, and that’s just not reality. If you are going to be a leader, you are not going to please everybody. You have to hold people accountable. Even if you have that moment of being uncomfortable.”

On “The Black Mamba” nickname:

“I create my own path. It was straight and narrow. I looked at it this way: you were either in my way, or out of it. If you were standing between me and the game, I was going to knock you on your back and not feel bad about it. I was unapologetically me. That’s all I ever wanted to be. I was never worried about my reputation — that’s how I earned one. That’s how I became the Black Mamba.”

On his shot selection:

“I’ve shot too much from the time I was 8 years old. But ‘too much’ is a matter of perspective. Some people thought Mozart had too many notes in his compositions. Let me put it this way: I entertain people who say I shoot too much. I find it very interesting. Going back to Mozart, he responded to critics by saying there were neither too many notes or too few. There were as many as necessary.”

“I would go 0-for-30 [from the field] before I would go 0-for-9. 0-for-9 means you beat yourself, you psyched yourself out of the game. … The only reason is because you’ve just now lost confidence in yourself.”

On being a parent:

“Use your success, wealth and influence to put them in the best position to realize their own dreams and find their true purpose. Put them through school, set them up with job interviews and help them become leaders in their own right. Hold them to the same level of hard work and dedication that it took for you to get to where you are now, and where you will eventually go.”

On leaving his mark on the game:

“To be an event, every single night. Something witnessed. Not just watched. I had a different drive. The kind that made people uneasy. Some people wanted me to come back down to earth. To come down to their level. To relax. But I couldn’t. It wasn’t in my DNA. Because to go where others have never gone, you have to do what others have never done.”

“It’s the one thing you can control. You are responsible for how people remember you — or don’t. So don’t take it lightly. If you do it right, your game will live on in others. You’ll be imitated and emulated by those you played with, those you played against and those who never saw you play at all. So leave everything on the court. Leave the game better than you found it. And when it comes time for you to leave, leave a legend.”

On the end of his basketball career:

“There is beauty in that. I mean, it’s going through the cycle. I mean, it’s the cycle that is the natural progression of growth, of maturation. I mean, there’s no sadness in that … I see the beauty in not being able to blow past defenders anymore, you know what I mean? I see the beauty in getting up in the morning and being in pain because I know all the hard work that it took to get to this point. So, I’m not, I’m not sad about it. I’m very appreciative of what I’ve had.”