Will Jake Paul retire from boxing to compete in MMA? Details on potential next fight vs. former UFC champion

Will Jake Paul retire from boxing to compete in MMA? Details on potential next fight vs. former UFC champion 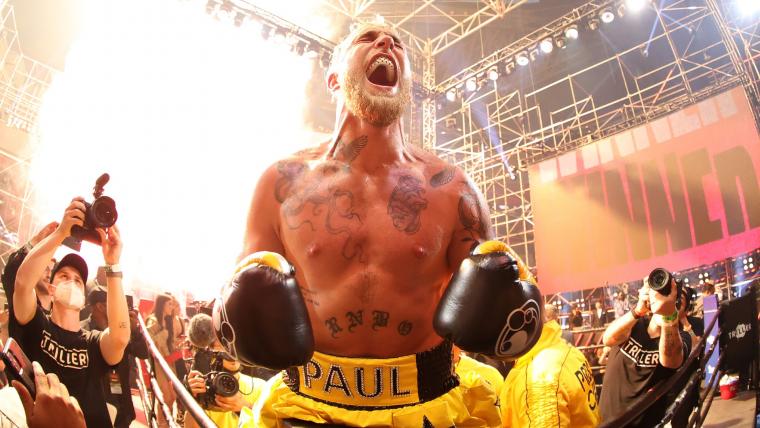 Over the last two years, Jake Paul has created a stir in the boxing world. The 25-year-old has knocked out various opponents, from combat sports stars to retired athletes. He may be interested in taking his talents to MMA, and one promotion may consider bringing him aboard.

Paul has called out UFC President Dana White over fighter pay. The YouTube star has even proposed a deal where he would retire from boxing and fight for the UFC. It turns out this is not a bluff, as he has been participating in MMA training. Paul recently tweeted out he would most likely weigh in at 185 for an MMA fight. Khabib Nurmagomdeov, the former UFC lightweight champion and owner of Eagle FC, invited Paul to join the promotion’s roster.

“The doors of @EagleFightClub always open for you and your team.”

the doors of @EagleFightClub always open for you and your team.

Khabib made his MMA debut in 2008 and joined the UFC in 2012. He ran through the competition there, winning the UFC lightweight title in 2018. Defending the title three times, Khabib retired after a submission win over Justin Gaethje at UFC 254 in 2020. Khabib recently purchased Gorilla Fighting Championship, turning it into Eagle FC. The promotion’s first event is on January 28 in Miami.

Paul, who has gotten interest from the PFL as well, accepted the offer on one condition: he could fight Khabib in the cage.

It should be noted that Paul has been interested in working with Khabib’s coaches at American Kickboxing Academy to prepare for a run in MMA. Javier Mendez ended up telling The Schmo that a collaboration could happen, but that Paul would not get special treatment.

The Eagle FC 44 main event will be Tyrone Spong vs. Sergei Kharitonov. Paul, who recently bought a house in Miami, could end up attending the event just to spark rumors of a potential fight.