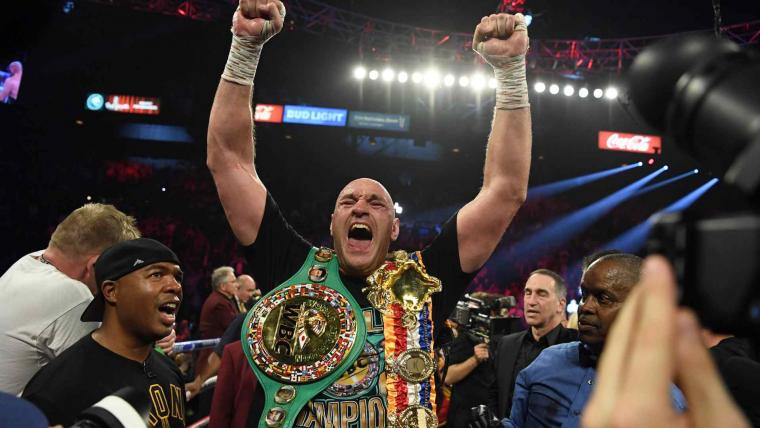 Tyson Fury has been ordered to defend his heavyweight title against Dillian Whyte.

MORE: Why did Tommy Fury pull out of the Jake Paul fight?

Fury last defeated Deontay Wilder with an 11th-round KO in a classic heavyweight classic battle on Oct. 9. “The Gypsy King” will now have the option to face Whyte or otherwise abandon the WBC belt. He has one fight remaining on his deal with Top Rank, while Whyte competes under the Matchroom banner on a fight-to-fight basis.

Following Fury’s victory over Wilder, he was given 30 days to make a deal and fight against WBA, IBF, and WBO Champion Oleksandr Usyk. But Anthony Joshua, who lost his championship belts to Usyk, activated his rematch clause for a rematch. According to ESPN, both parties discussed step-aside-money for Joshua to bypass his rematch so that Fury can potentially fight Usyk for the undisputed heavyweight championship.

The 33-year-old Whyte earned the WBC interim title during a fight against Alexander Povetkin, whom he knocked out in the fourth round. Whyte was scheduled to face Otto Wallin in late October, but withdrew from the contest earlier in the week due to a shoulder injury. Whyte posted a training photo to Instagram on Nov. 21, captioned with a subtle jab:

“As always putting in work. The coward really doesn’t want any smoke. I can’t wait for my moment, it will be a special night.”

If both Fury and Whyte come to an agreement and schedule a fight within the next 30 days, Fury will get the chance to keep the WBC belt, while Whyte will have his first opportunity at a world title.