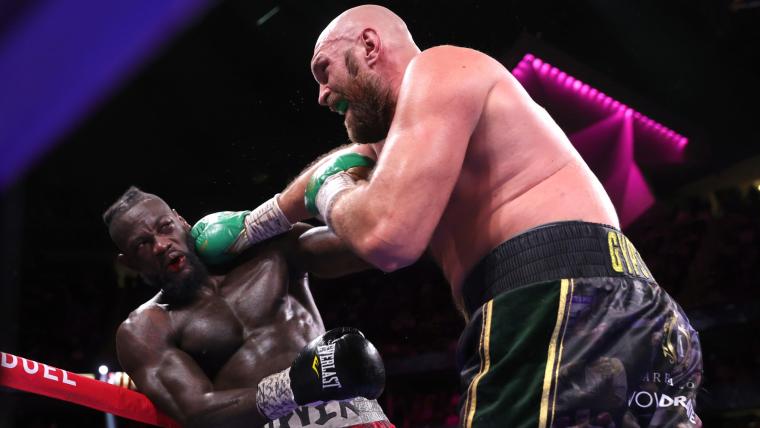 Tyson Fury and Deontay Wilder delivered on the hype.

The two boxers were meeting in the third and presumably final clash between boxing heavyweight icons. Fury and Wilder started the fight close with the two trading blows early. Fury knocked down Wilder in the third before he was knocked down twice by the American boxer in the fourth round.

But from the fifth round on, Fury controlled the fight except for the occasional dangerous flurry from the Bronze Bomber. Wilder hung in until the 11th when Fury finally landed the knockout punch to win the fight and retain his unified heavyweight belts.

By the time Fury’s arm was raised following his knockout in Round 11 against Wilder, viewers across the world were praising the two heavyweight fighters for the iconic ending to the highly anticipated trilogy.

Below are some of the best reactions to Fury’s win against Wilder.

What a classic fight! This trilogy will live forever!

a incredible fight with two legends. what a classic. The up most respect for these men

Fury's the better man, but I have never seen a heavyweight get so much out of a single drop of fuel as Deontay Wilder in my entire life. Soldier-like bravery from him #FuryWilder3

What we just saw from Deontay Wilder is one of the gutsiest displays in a boxing ring in history, bar none. The man was battered around the ring by Tyson Fury and never stopped throwing. He meant it when he said he wanted to go out on his shield. #FuryWilder3

Tyson Fury knocks out Deontay Wilder in the 11th. What a freaking fight. What heart shown by both men. An all-time classic.

BUT I THOUGHT BOXING WAS DEAD?!?

You have to respect what Deontay Wilder gave here tonight. Can anyone honestly say he could've given more? He gave *EVERYTHING* he had. No stone was left unturned. Fury had to earn this in a way he never did in the previous 2 meetings.

I think Tyson Fury might have finally earned the chance to fight me.

And even Fury himself weighed in on the fight once his night was over.

Don’t ever doubt me, when the chips are down I always deliver!

Thank you to my lord and saviour Jesus Christ!