Lionel Messi: I don't like being a role model and have never tried to be the best

Lionel Messi: I don't like being a role model and have never tried to be the best 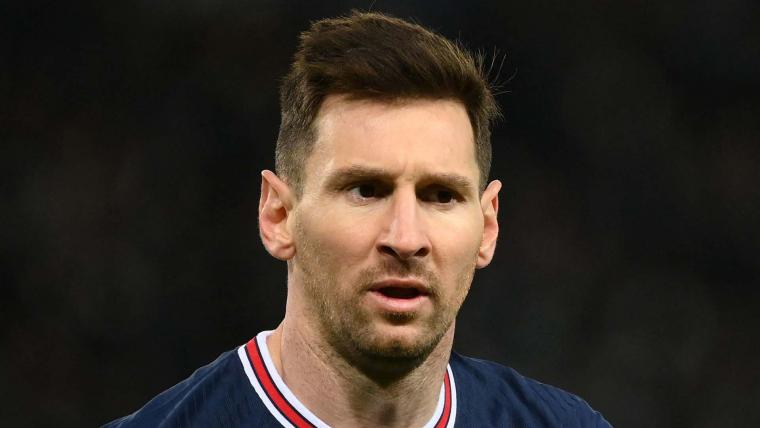 Lionel Messi says he does not feel comfortable being a role model and has never dreamed of being the best player in football history.

The Paris Saint-Germain star was given the Ballon d’Or this week for the seventh time, extending his record as the man with the most wins in the history of the award.

BALLON d’OR: Why Messi’s win was a snub of Lewandowski

The Argentina international has been hailed as an example for young players to look up to throughout his career, but Messi admits he does not see himself as a role model.

What did Messi say about being a role model?

“I don’t know if I’m a role model,” he said to France Football. “I don’t like being a role model or giving advice.

“I fought for my dreams. At first it was to be a professional player, then I tried to surpass myself and achieve new goals every year.

“In the midst of it all, there is also an element of luck. It also depends on God, and I believe he chose to have all of this happen to me.”

Is Messi the best player of all time?

The 34-year-old’s latest success has rejuvenated the debate about his place in the history of the game.

The former Barcelona star has dealt with comparisons to compatriot Diego Maradona since early on in his playing days, while he has battled Cristiano Ronaldo for the reputation as the best player in the present day.

But Messi says he does not know if he is the greatest in history, saying: “I never said, thought, or even tried to come to terms with this idea.

“For me, just being able to be considered or cited as one of the best players in the world is more than enough. It is something that I would never have dared to imagine or dream of.

“But . . . I don’t know how to put it so that it’s not misinterpreted . . . It’s not that I’m not interested in it, but, let’s say that I don’t not give much importance to all that. It doesn’t change anything for me to be the best or not. And I never tried to be either.”