Lakers resilience making them the kings of overtime this season

Lakers resilience making them the kings of overtime this season 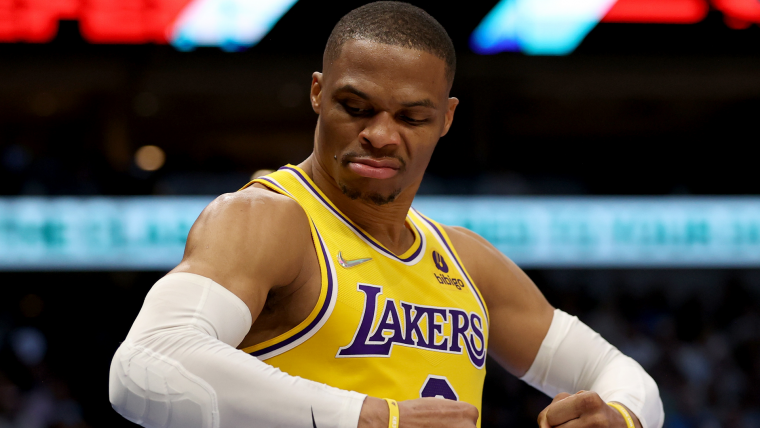 The Los Angeles Lakers won another close overtime game against the Mavericks on Wednesday night, improving their record in such games to 5-1 on the season.

Los Angeles has played in the most overtime games this season, aside from the win against Dallas they have also defeated the San Antonio Spurs, Charlotte Hornets, Miami Heat and the Indiana Pacers. The Lakers stars would probably want to avoid going into many overtime games, but at least when they get there, they have shown a resilience that has enabled them to win.

The Lakers have played 6 overtime games, the most by any team this season.

They are 5-1 in those games. pic.twitter.com/FVqyFlYS1W

The Lakers roster has (rightly) taken some criticism since the season started - they’ve been up-and-down, they’ve been told they’re too old, and many have wondered whether the fit of LeBron James, Russell Westbrook and Anthony Davis can work.

But there’s one thing to be said about veteran ballclubs: they find ways to win.

Yes, it took rookie Austin Reaves' 3-point shot with 0.9 seconds remaining in OT to seal the deal, but the fact remains the Lakers keep winning their overtime games, and that’s important as they look to get their season rolling with some positive momentum.

James scored 24 points, Westbrook added 23 and Anthony Davis had his sixth double-double of the season with 20 points and 12 rebounds after missing two games with a sore left knee.

Their first - and only loss - in an overtime game came against the Sacramento Kings in which they went down 141-137 in triple-overtime.

Despite playing without Luka Doncic, who missed his third straight game with an ankle injury, the Mavs went on a 15-0 run to start the second quarter and pulled in front of the Lakers to end the first half, 50-47. Los Angeles stepped up its defensive intensity, though, holding the Mavericks to just 39.8 percent shooting for the game.

“Our defense is definitely growing. We are getting better," said coach Frank Vogel postgame.

The Lakers are 6-3 in their past nine games, a stretch in which their defensive rating has risen to fifth best in the league. The Lakers now move to 16-13 and are slowly but surely climbing back up the Western Conference standings.

Their season may not have been saved entirely just yet, but their resilience in these close games has at least ensured they’ll be in a position to contend later this season.