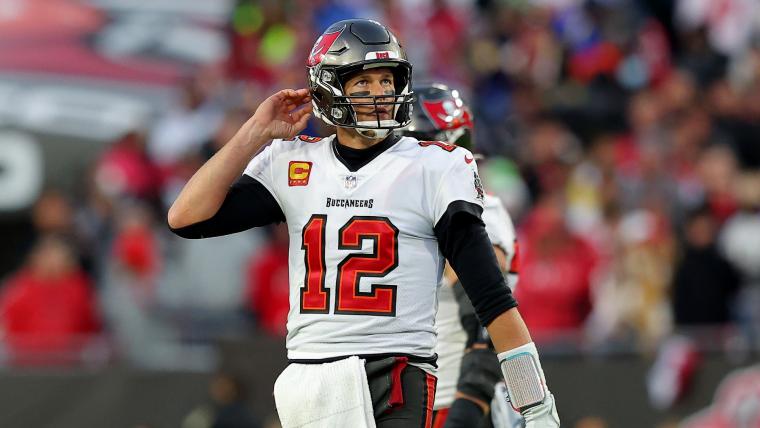 Tom Brady will be playing for his third NFL head coach in 2022. Bruce Arians is moving to the Buccaneers' front office for next season, with defensive coordinator Todd Bowles promoted to replace him.

While Arians, 69, leaves the sidelines, Brady decided to come out of a brief offseason retirement and return to Tampa Bay for his Age 45 season with reported knowledge of the coaching transition.

Bowles, 58, worked against Brady twice a season in the NFC East as head coach of the Jets from 2015-2018. This time, he gets the good fortune of working with him during his second stint.

What will stay the same and what will be different for Brady with Arians going upstairs? Here’s a breakdown:

Back to the familiarity of a defensive-minded coach

While Arians' experience as a passing game guru and play-caller were always present for Brady, now Bowles will be focused more on the other side of the ball. There might be a thought that Bowles might get more conservative to get more complementary to the defense, but he will be more hands off trusting in Brady and Arians' other former right-hand man, offensive coordinator Byron Leftwich.

Brady has been here before for a long time with Bill Belichick and Josh McDaniels, so there’s a comfort zone there. In fact, Brady can be more aware of how he needs to operate the offense so Bowles' talented defense is in even a better position to succeed.

Bowles no doubt got the promotion over Leftwich because of experience. Leftwich is only 42, nearly three years junior to Brady. But his wait to become the next offensive hot shot head coach is Brady’s gain.

Brady can continue the direct peer relationship with Leftwich. Leftwich can continue to have his full focus on offensive scheming and organization instead of worry about all aspects of the operation.

Leftwich gets better as a play-caller and coaching candidate the longer he gets to work with Brady. They might have been running Arians' style of aggressive passing offense, but Leftwich tailoring it to Brady’s strengths and objectives in his own way is what made it so successful. That won’t change.

IYER: Ranking signings, trades for all 32 teams from best to worst

A stronger influence on personnel decisions

Brady’s great relationship with general manager Jason Licht, who used to work for the Patriots, has been well documented. They have been in lockstep in making the right moves around Brady, the reason why Tampa Bay has won a Super Bowl and a lot more games with Brady.

With Arians taking on the role of senior football consultant, he will be more involved in personnel along with Licht and his scouting staff. But one more person Brady trusts to assist Licht in talent assembly will mean that Brady’s input will continue to be heard loud and clear with an extra favorable ear.

MORE: Why Todd Bowles was hand-picked to replace Bruce Arians

Bowles, along with his promotion, got a five-year contract. Brady is unlikely to play through Age 50 to be with Bowles during that entire span, but this change from a near-retirement Arians puts in play the possibility of Brady staying un-retired at least through 2023. There’s less of a swan song feeling now in Tampa Bay, that the team wants to keep competing for championships in the NFC with a loaded overall roster.

Depending on what kind of additional playoff success the Buccaneers have with Brady under Bowles, there’s a chance it can be an extra dose of rejuvenation from Brady knowing the Arians' chapter is already closed.