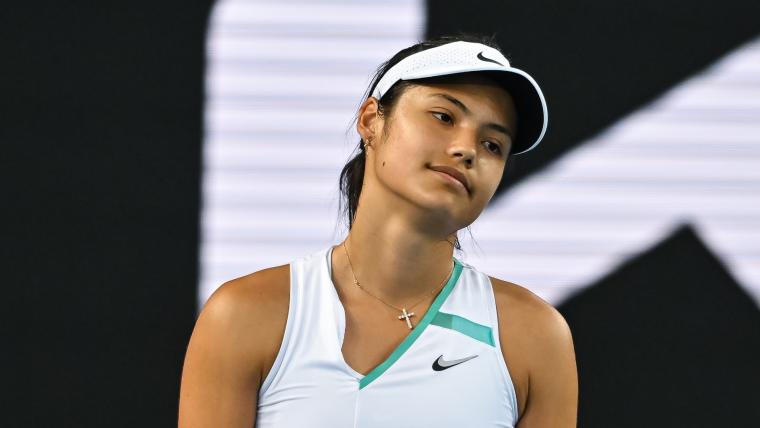 Emma Raducanu has pulled out of a WTA tournament in Monterrey next week and could potentially miss out on the Indian Wells event in March.

The reigning US Open champion suffered an injury to her left leg during her shock defeat to Australian Daria Saville in Guadalajara earlier this week.

Having already played over three hours of tennis in the match, Raducanu retired in the third set.

Now, the young Brit’s attention turns to rehabilitating in time for the Indian Wells Masters.

The tournament - which begins on March 8 (AEDT) - is a notable fixture on the tennis calendar.

If the 19-year-old does enter, she will not play her first match until March 11 or 12, receiving a first-round bye due to being a seeded entrant.

Since her historic win at the US Open last year, Raducanu has struggled to find consistency, mainly due to a string of issues out of her control.

She had a disrupted pre-season following a COVID-19 diagnosis in December, before bowing out of the second round of the Australian Open as she battled through a hand blister.