Who has the most points in a game in NBA history? Full list of player leaderboard

Who has the most points in a game in NBA history? Full list of player leaderboard 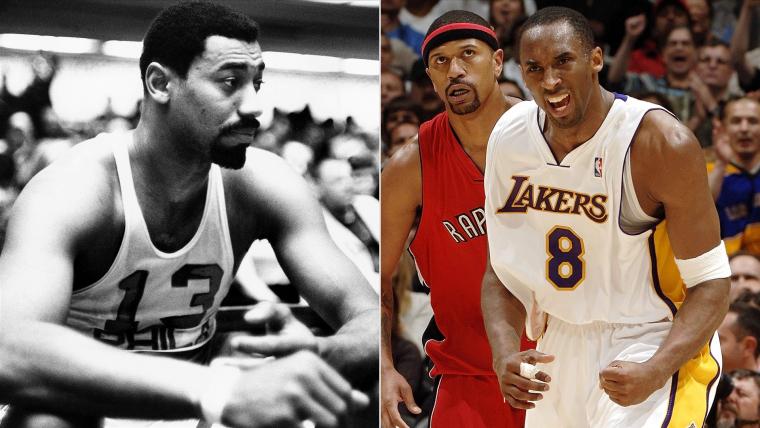 On March 2, 1962, Chamberlain led the Warriors to victory over the Knicks by scoring 100 points, the most ever in an NBA game. He made 36 field goals and 28 free throws, both of which are also single-game records.

In the six decades since, the closest anyone has gotten to Chamberlain’s record is Lakers legend Kobe Bryant, who scored 81 points on Jan. 22, 2006.

Only one active player has even scored 70 points in a game: Suns star Devin Booker.

Fans in the United States can watch the biggest games of the 2022-23 NBA season on Sling TV. Stream Sling Orange or Blue for $35/month, or both for $50/month. Right now, get half off your first month, plus SHOWTIME, STARZ, AND EPIX - first month on us!

Who has the most points in a game in NBA history?

Wilt Chamberlain holds the record for most points scored in an NBA game with 100. Kobe Bryant ranks second with 81 points.

Other than Chamberlain and Bryant, the only players in NBA history who have scored 70 points in an NBA game are David Thompson (73), Elgin Baylor (71), David Robinson (71) and Devin Booker (70).

Chamberlain is the only player in NBA history with multiple 70-point games. He had six such games in his career.

Most points scored in an NBA game (Basketball Reference)


Booker has the highest scoring game among active players with 70 points. A number of active players have scored 60 points in a game, including James Harden, LeBron James, Bradley Beal and Kemba Walker.

At the age of 20, Booker is also the youngest player ever to score 60 points in a game. The oldest? Bryant, at 37.

Fun fact: Kevin Durant, who has the fourth-highest career scoring average in NBA history, has never scored 60 points in a game. His career high is 55 points.