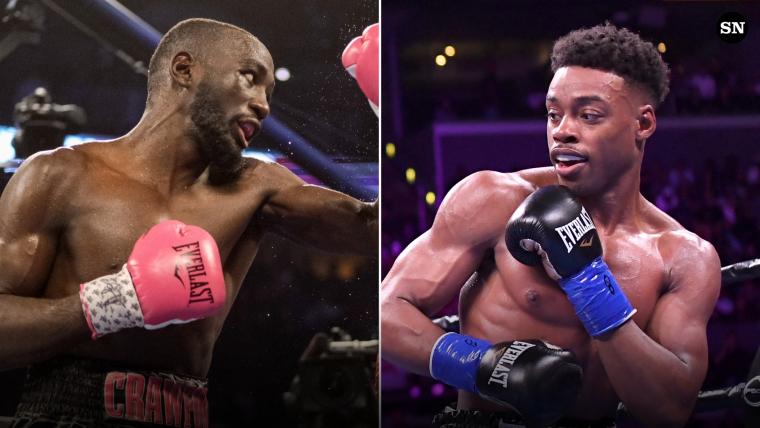 The boxing community has been waiting years for a match between Errol Spence Jr. and Terence Crawford. With 2023 just a few months away, many thought another year would have passed without the two squaring off.

Boxing fans are getting closer to breathing a sigh of relief. It appears a welterweight title showdown is close to being finalized.

Per ESPN’s Mike Coppinger, Spence, the IBF, WBC, and WBA (Super) welterweight champion, will face WBO champion Crawford in a unification fight. The target date is Nov. 19 in Las Vegas. A venue has not been confirmed.

There is a small holdup before it can become official, per ESPN. The fighter’s lawyers need to clean up the legal language of the agreement. That includes a rematch clause and revenue details. The rematch clause would work both ways.

Coppinger would later provide an update on the fight when talking to Max Kellerman. He stated that an agreement is “further away than ever before” and the fight could be pushed to December or January. That is due a disagreement in contract talks when it comes to events, expenses, and transparency, the latter coming from Crawford’s end. Crawford wants the ability to approve expenses, per ESPN. The contract for the fight has no guaranteed purse in it.

The Errol Spence-Terence Crawford undisputed welterweight championship fight is in jeopardy due to lingering contract issues, sources tell ESPN, and if the fight does take place, it won’t be Nov. 19. Details on the issues at 5 p.m. ET with @maxkellerman on ESPN2 #SpenceCrawford pic.twitter.com/jsCg5ME85y

A Golden Gloves silver medalist, Crawford made his pro debut in 2008. Crawford became light-welterweight champion in 2014 and, by 2017 held the WBO, WBC, WBA, and IBF titles. In 2018, Crawford beat Jeff Horn for the WBO welterweight title. He has defended the belt five times, the last fight a TKO victory over Shawn Porter in November.

Close friends not long ago, both fighters have been campaigning for a fight for years. Issues with contracts, promoters, and timing have delayed it from happening. A free agent, Crawford would sue Bob Arum and Top Rank, seeking nearly $10 million after alleging “revolting racist bias” that resulted in him failing to secure big money fights. He believes now is the perfect time to pull the trigger.

“I’m free to do whatever I want,” Crawford told ESPN in April. “There’s nothing standing in the way from us fighting. There’s no promotion company that’s blocking it, there’s no wrong side of the street, there’s no nothing. Let’s see who the best welterweight in the world is.”

A 2009 Golden Gloves champion, Spence made his pro debut in 2012. In 2017, he beat Kell Brook for the IBF welterweight title and has defended it six times. Spence beat Shawn Porter in Sept., 2019 to win the WBC title. Two weeks later, Spence was involved in a horrific solo car accident where his Ferrari flipped multiple times, ejecting him from the car. It landed him in the intensive care unit.

He returned to the ring in December 2020 to beat Danny Garcia and retain his titles. After recovering from a torn retina that forced him out of a fight against Manny Pacquiao, Spence squared off against Yordenis Ugas in April for the WBA (Super) welterweight title. Spence beat Ugas via TKO after Ugas' eye was swollen shut.

Spence called out Crawford after the fight, giving fans hope for a bout between the two.

The Sporting News will be keeping an eye on all Spence-Crawford fight news and will be providing more information when it is released.