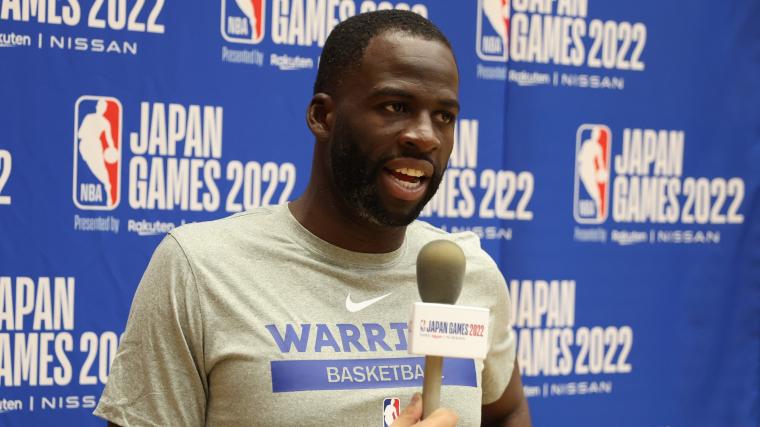 The wheels of the NBA news cycle turn remarkably fast.

Just over 24 hours after video was leaked of Warriors forward Draymond Green punching teammate Jordan Poole in the face, Green gave a press conference to reporters in which he talked about the incident and apologized profusely for his outburst.

Green downplayed the speculation his aggression towards Poole was because of the possibility of a Poole contract extension while Green plays out the rest of his contract.

“It’s (not) over a contract or him getting an extension or me getting an extension,” Green said. “I can assure that’s – I don’t count other people’s pockets number one … That is simply hating on another man’s situation, and that’s something you just don’t do … That had nothing to do with absolutely anything.”

Green went on to talk about himself and the state of mind he was in when the incident occurred.

The veteran did take issue with the video leaking in the first place.

“I thought it was bulls— (the video leaked),” Green said. “No other video leaks from practice. When we’re working on our sets they don’t leak. When I’m coaching everyone up that doesn’t leak … What did I think of myself in the moment? I’ve watched the video 15 times. Maybe more … This looks even worse than I thought it was … Then I had to take a step back too and realize that this video was actually released this way to look that way … I don’t know who released the video.”