Who are Al Nassr? Everything to know about Saudi Arabian club after record Cristiano Ronaldo deal

Who are Al Nassr? Everything to know about Saudi Arabian club after record Cristiano Ronaldo deal 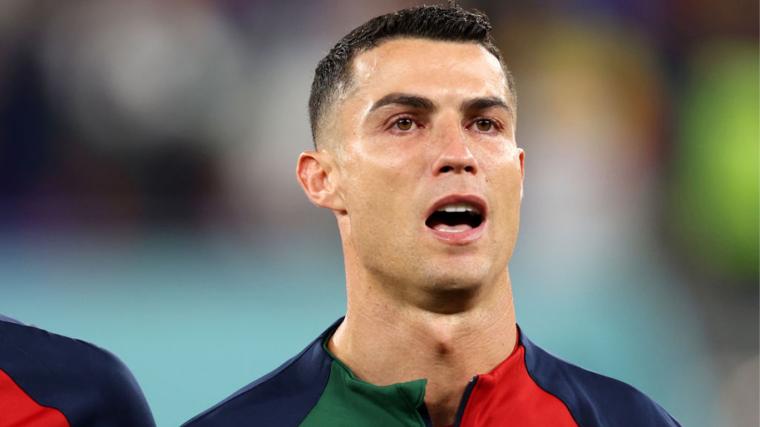 Five-time Ballon d’Or winner Cristiano Ronaldo has signed for Al Nassr in a deal that will reportedly make him history’s highest-paid footballer.

The Portugal captain was a free agent when he arrived at the 2022 FIFA World Cup and has now agreed to join the club on a mega deal until at least 2025.

Ronaldo began the season with Manchester United in the Premier League, scoring one goal in the English top flight before it came to a halt to accommodate the winter World Cup in Qatar. However, an explosive interview with Piers Morgan, in which he criticised the club and manager Erik ten Hag, saw his contract terminated by mutual consent.

What’s in store for Ronaldo? How much will he rake in and why did he leave United? Here’s what we know as arguably the world’s most high-profile athlete gets set for a new chapter.

History in the making. This is a signing that will not only inspire our club to achieve even greater success but inspire our league, our nation and future generations, boys and girls to be the best version of themselves. Welcome @Cristiano to your new home @AlNassrFC pic.twitter.com/oan7nu8NWC

Who are Al Nassr?

Al Nassr play at the 25,000-capacity King Saud University Stadium, which opened in 2015 and hosted a match to honour Diego Maradona between two of the late Argentina great’s former clubs, Boca Juniors and Barcelona, in 2021.

The stadium has hosted pop concerts and was the setting for a WWE event featuring SmackDown and RAW stars in November 2022 — the latest in a series of major sports showpieces to have taken place in Saudi Arabia in recent years, including two boxing matches involving British fighter Anthony Joshua, football’s Supercopa de Espana, and the first ever Saudi Arabian Grand Prix in Formula One in 2021.

Al Nassr play in yellow and blue home colours and predominantly blue away colours. They are known as The International Club and the Knights of Najd, and are managed by Rudi Garcia, who has previously led clubs including Roma, Marseille and Lyon.

💛 || Our stars continue their preparations in Abu Dhabi pic.twitter.com/uolcIJREyO

Where is Cristiano Ronaldo playing?

Ronaldo will be playing for one of the most successful clubs in Saudi Arabian football, based in the country’s capital of Riyadh.

The 37-year-old will be taking part in the Pro League, which is the top division in the Saudi Arabian football pyramid.

Al Nassr were formed in 1955 and have a trophy cabinet that is almost as crammed as the ones owned by Ronaldo’s former clubs.

The club won bygone competition the GCC Champions League twice and did a double in 1998 by claiming the Asian Cup Winners' Cup and the Asian Super Cup.

That sent them into the 2000 World Club Cup, in which their mixed results included a 3-1 defeat to Real Madrid, Ronaldo’s future employers.

Ronaldo is not the first Ballon d’Or winner to have played for Al Nassr. Bulgaria legend Hristo Stoichkov, who won the most prestigious individual prize in football in 1994, joined the club on a two-match deal in 1998, playing a pivotal part in the semifinal and final of that Asian Super Cup triumph.

Denilson — a World Cup winner with Brazil in 2002 who was once the most expensive signing in history — is also among a host of major names to have played for the club, spending two months there during the 2006-07 season.

Ronaldo has not commanded a transfer fee because of his free agent status following his departure from United.

According to Marca, the outlet who first reported the agreement in December, Ronaldo will receive “economic incentives via advertising” to make him the highest-paid athlete in the world, dwarfing the current playing incomes of the likes of Paris Saint-Germain trio Lionel Messi, Neymar and Kylian Mbappe.

The man known as CR7 will receive around €200 million (£172m/$211m) per year, according to reports, when salary and commercial income are combined.

Ronaldo’s contract runs until 2025 but it is believed he is now committed to becoming an ambassador for Saudi Arabia as they bid to host the 2030 World Cup alongside Egypt and Greece.

MORE: Everything to know about Cristiano Ronaldo

Why did Cristiano Ronaldo go to Saudi Arabia?

Aside from the extravagantly lucrative remuneration on offer, Ronaldo is likely to become a poster boy for sport in Saudi Arabia.

The country’s sovereign wealth fund, known as the Public Investment Fund, bought Premier League club Newcastle United in 2021 in a deal demonstrating how keen the country is to become involved in competitions and events.

Ronaldo declined an offer from the Saudi Arabia tourism authority worth €6 million (£5.2m/$7.3m) in 2021, The Telegraph reported at the time.

The end of Ronaldo’s second spell at United is thought to have been partly driven by Ronaldo’s desire to play in the UEFA Champions League again, but he did not appear to have been inundated with offers from clubs who could give him that opportunity, with United operating in the UEFA Europa League this season.

The majority of Garcia’s backroom staff are Portuguese, including assistant coach Arnaldo Teixeira, and there are several international players already within the playing squad.

Former Nice, Arsenal and Napoli goalkeeper David Ospina may be the most familiar name to international fans, while Luiz Gustavo was a regular for Brazil during the 2014 FIFA World Cup.

The club also boast Cameroon striker Vincent Aboubakar, who scored the winning goal against Brazil during the group stage of the 2022 finals.

Fellow Brazilian Anderson Talisca spent several years at Benfica and Spaniard Alvaro Gonzalez played for Villarreal in his homeland before moving to Marseille.

What happened to Cristiano Ronaldo at Man United?

Ronaldo returned to United in a shock transfer from Juventus before the start of the 2021/22 season, top-scoring in an underwhelming campaign for the 13-time Premier League winners.

The club legend then did his reputation with supporters no favours by agitating for a preseason move away from the struggling giants.

New United manager Erik ten Hag used Ronaldo sparingly at the start of this season and had said he would “deal with” the record scorer in men’s international football after he left Old Trafford before the end of a victory over Tottenham Hotspur.

Ronaldo was almost ever-present in the Europa League and was captain for a 3-1 defeat at Aston Villa in the Premier League on November 6.

Any harmony that may have been restored was obliterated by an explosive interview released less than two weeks later, in which a clearly unhappy Ronaldo said he had been mistreated.

On November 22, United announced that Ronaldo had left by mutual consent and thanked him for his contribution to the club.