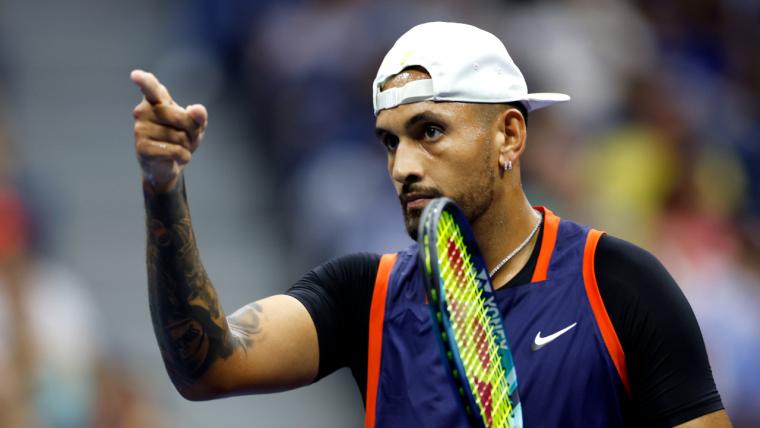 Australian tennis star Nick Kyrgios has acted to swiftly to put an end to legal action being taken by a Wimbledon spectator he suggested was drunk during his loss to Novak Djokovic in this year’s final.

The fan in question was a Polish lawyer by the name of Anna Palus and she confirmed she was taking legal action against Kyrgios in August for defamation.

Palus stressed she wasn’t drunk at the match and that the suggestion she was caused her and her family “substanial damage and distress” in the aftermath.

Palus opted to take legal action to clear her name and confirmed at the time that any damages received would be donated to charity.

Likely keen to put an end to the incident, Kyrgios has opted to donate £20,000 (AU$22,750) to charity and issued a public apology to Palus via a statement released to British media by Knight Temple Law.

“I told the umpire that a fan, who I now know to be Anna Palus, was distracting me during the match, believing that she was drunk,” Kyrgios said in the statement.

“I accept that belief was mistaken, and I apologise.

“To make amends, I have donated 20,000 pounds to the Great Ormond Street Hospital Charity, a charity chosen by Ms Palus. I will not be commenting on this matter again.”

The Aussie would also go on to reach the US Open quarter-finals and made it clear after his exit that his full focus now is on winning a Grand Slam title.

“I don’t really care about any other tournament. I feel like at the Grand Slams, now having success at a Grand Slam, no other tournament really matters,” Kyrgios said after his five-set defeat to Karen Khachanov.

“It’s like you get better, you get worse and then at a Grand Slam none of it matters.

“You either win or you lose and people don’t really care if you got better on the day, or you lost in the fourth or the fifth, or you played one of the best matches of the tournaments - you lost.

“That’s all people remember at a Grand Slam. Whether your win or you lose. I think every tournament throughout the year is a waste of time really. You just front up and show up at a Grand Slam, it’s what you’re remembered by.”