In the end, 'These Mets' just weren't good enough

In the end, 'These Mets' just weren't good enough 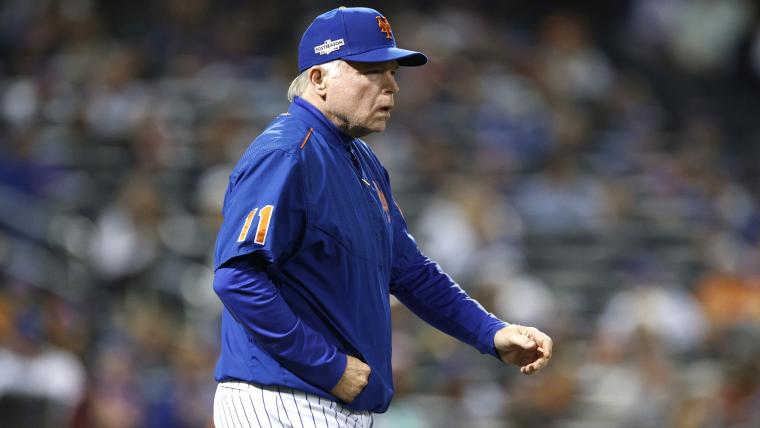 They held a 10.5-game lead in the National League East. It wasn’t good enough.

They got on base at a clip just one point off MLB’s best. It wasn’t good enough.

They reset their rotation to face the Braves in a crucial three-game set in the season’s final week. It wasn’t good enough.

Sense a theme? We can keep going.

They had the NL’s batting leader, Jeff McNeil. They had the league’s RBI leader, Pete Alonso. They had the most dominant closer in baseball this season, Edwin Diaz. None of it was good enough. Wanna go old-school? They also had the leader in sac bunts, Tomas Nido. That wasn’t good enough either.

They had home-field advantage for the whole Wild Card Series. Alas, that also wasn’t good enough.

So now the Mets will watch the rest of the 2022 postseason from home. Because, in the end, “These Mets,” as a new rally slogan called them — the team with the $292 million payroll, the team that spent 175 days in first place — had a lot of good, but just couldn’t deliver the most critical knockout punches.

It wasn’t for a lack of talent, or an inability to win big games in general. It was more about the talent going silent at the worst times and the team’s inability to win the games it most needed.

Though there were other regrettable games and series across this season’s 162 contests, it’s hard not to look back at that three-game series in Atlanta from Sept. 30 to Oct. 2. The Mets needed one win to take the season series from the Braves, own the tie-breaker and perhaps skip the Wild Card round all together. But they lost all three, finishing 1-6 in the last seven games against Atlanta and losing the tie-breaker 10-9.

So when the Braves and Mets finished the season with identical 101-61 records, that meant New York had a date with the Padres in the Wild Card Series. But that familiar theme would emerge again. And in the finale Sunday, after forcing the winner-take-all tilt with a win Saturday in Game 2, the Mets managed just one hit and two baserunners against Padres pitching in a 6-0 loss. Not nearly good enough.

Variation on that theme: During the game, the Mets had umpires check Joe Musgrove’s ears for a sticky substance. Perhaps they suspected cheating. Perhaps they just wanted to get in his head. Either way, it smelled of desperation. And, you guessed it, it wasn’t good enough to shift the momentum.

FAGAN: Phillies’ top of lineup must improve in NLDS vs. Braves

Over the past two weekends, the Mets saw their once-magical season dissolve into a familiar “oh-so-close” scene of sadness. Max Scherzer summed it up nicely after Sunday’s loss: “This is a kick in the balls.”

But 101 wins is not nothing. Most other years, that wins the division with ease. Actually, it did win the division this year, just not for the Mets. That’s because their path to 101, the combination they used to reach that total, didn’t always come at the best time or in the best place.

MORE: Why the Braves’ surge to NL East title was even more remarkable than you think

The question now becomes whether the strong showing for most of the season was good enough to keep a slew of free agents from signing elsewhere. From Jacob deGrom to Brandon Nimmo to Diaz and others, the 2023 season could feature a lot of new faces in new, non-New York places.

It’s going to be a long winter in Flushing, wondering both what might’ve been and what’s still to come.