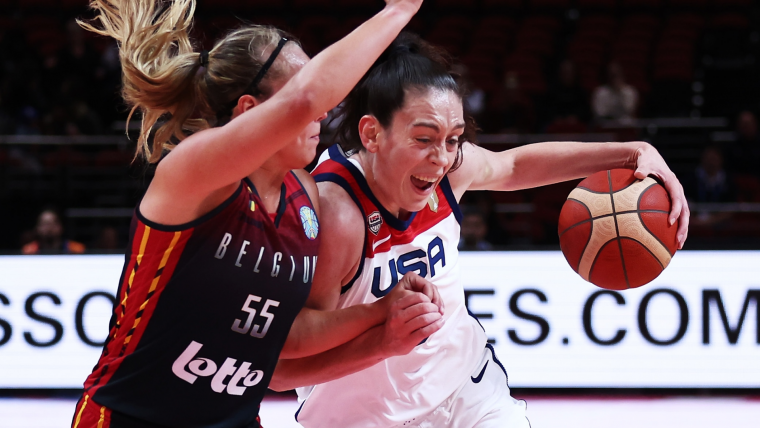 SYDNEY — The United States got their FIBA World Cup campaign off to a strong start, securing an 87-72 win over Belgium at the Sydney SuperDome.

With A’ja Wilson, Chelsea Gray and Kelsey Plum yet to touch down in Australia following their WNBA championship victory for the Las Vegas Aces, Team USA was led by an impressive performance from Breanna Stewart who recorded a game-high 22 points, four rebounds and three assists.

Team USA set the tone for the tournament early, flying out to a 12-0 run, before Belgium crept back into the contest, trailing 48-39 at halftime.

Team USA regrouped after the break to begin the third period on a 12-4 run to re-establish their double-digit lead, running away with the contest to move to the top of Group A.

“It’s what I expected Alyssa to do, as it’s just what she does," USA head coach Cheryl Reeve said postgame. “She’s a competitor and knows how to [play].

“WNBA players don’t get enough credit for how well that they transition from overseas play to WNBA play to national team play.”

“Really proud of this young team,” Meesseman said. “Sometimes we lacked focus but a lot to be proud of and looking forward to the next few games.”