Al Michaels salary breakdown: How much does Amazon NFL announcer make in 2022?

Al Michaels salary breakdown: How much does Amazon NFL announcer make in 2022? 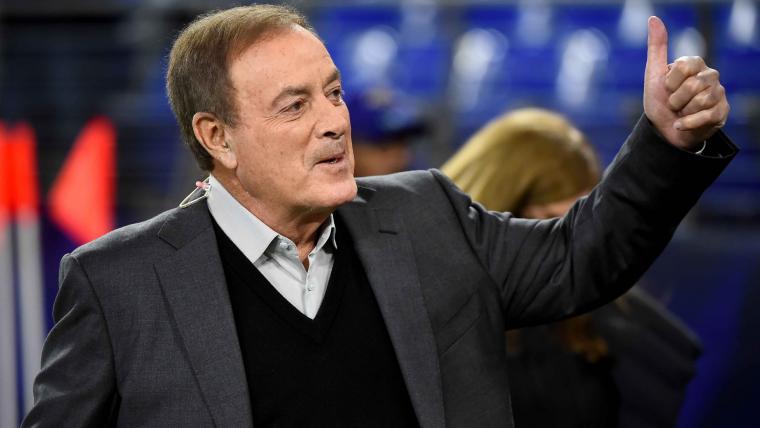 The 2022 NFL season sees legendary broadcaster Al Michaels begin his next chapter in the booth as lead man for the inaugural season of Amazon’s exclusive coverage of “Thursday Night Football.”

Michaels, who joins Amazon after 16 seasons as the play-by-play voice of NBC’s “Sunday Night Football,” is by far one of the most recognizable voices in sports media. In each of the last six decades, Michaels' calls have accompanied some of the greatest moments across all sports.

As one might expect, a figure of Michaels' stature commands a large salary to move on to a new network. Here is how the legend’s contract, annual salary and net worth break down after moving to Amazon.

Michaels is worth about $40 million, per Celebrity Net Worth. As with most approximations of the net worths of prominent figures, it’s not entirely certain what Michaels actual net worth is. While at NBC, Michaels reportedly earned around $8 million per season, but it is unknown how long that figure represented his annual salary.

What is Al Michaels' salary at Amazon?

According to Andrew Marchand of the New York Post, Amazon first extended a contract to Michaels to earn $11 million annually to cover 11 games in a season. That figure is believed to have ballooned into the “Joe Buck neighborhood” when Michaels agreed to call all 16 of Amazon’s “Thursday Night Football” broadcasts in the 2022 season.

Marchand has reported that Michaels' deal will cover three years, giving him $45 million to $48 million over the lifetime of his contract.

Per his current contract, Michaels, 77, will be calling games for Amazon through his 80th birthday which falls in November of 2024. In addition to his work with Amazon, Michaels will call a postseason game on NBC in an emeritus role.

Amazon is in the first year of an 11-year agreement to be the NFL’s exclusive home of “Thursday Night Football.”

How much does Al Michaels make per game?

With Michaels covering all 16 of Amazon’s “Thursday Night Football” broadcasts, he will earn roughly $1 million per game, given the reports of his salary being between $15 million and $16 million annually.

On all fronts, Michaels' salary is a major leap from the reported $8 million he reportedly earned during his final season with NBC.